PISCES is a teaching farm in Northern Togo dedicated to the application and improvement of sustainable agricultural techniques. We currently own five acres of land and are working on creating an organic oasis in the Togolese savannah

We will be posting regular updates and photos of our progress. Thank you for following us!

We know that this is a difficult time for many, but if you have the ability to support the work that we are doing then please click on the link below to donate. 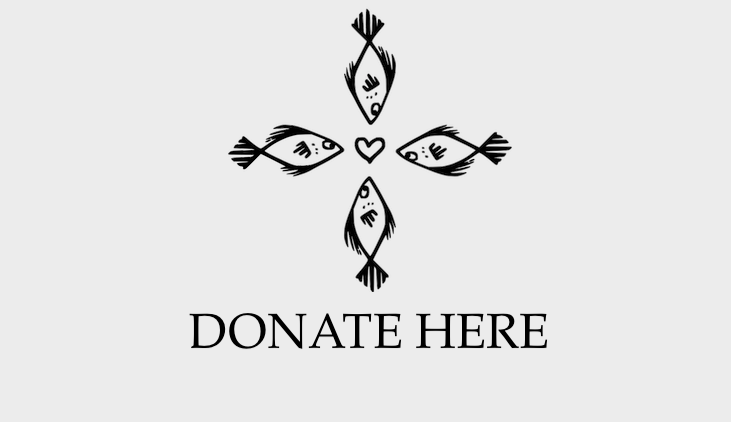 Despite all of the craziness with the COVID Pandemic, PISCES has remained on schedule thanks to the incredible work of Kerime, our Togolese Co-Founder.

Our trees have continued to grow and they should be ready to be planted in Mid-June. The trees above are known as Langue de Femme (Albizia lebbeck) trees in Togo. They are able to take inert nitrogen from the air and, with the help of some bacteria in their roots, convert it into a biological form of nitrogen that the tree uses to quickly grow. Because of this, their leaves are rich in organic nitrogen, which we will use to make a beneficial compost for our crops.

Because roaming animals are a common problem in Togo, we have put up a fence to keep our baby trees and plants safe for the first few years.

However, as fencing is expensive and often only lasts for a few years in the hot and dusty Togolese climate, we will also plant a “living fence” composed of perennial grasses and thorny bushes to promote water retention and keep roaming animals at bay.

Here, Kerime is preparing the bed where the living fence will be planted. The broad fork (the large green tool in the left photo) is used to break up the soil so that rain water is more easily absorbed. This also helps the plants’ roots to penetrate more deeply into the soil so they can access more nutrients and become more drought resistant.

We have also set-up rock lines to separate the different sections of the farm. The four sections will be a forest, a garden, a field of cereal crops, and a fallow field.

As you can see, we have a very detailed and precise plan that we are following.

More photos to come as we will soon be planting our fields with trees and crops!

We know that this is a difficult time for many, but if you have the ability to support the work that we are doing then please click on the link below to donate.

PISCES is a small organic teaching farm that is currently based in Northern Togo, West Africa.

But what does PISCES mean??? Is it an astrological symbol? Well yes, but not for these purposes. Is it a fish farm? Not quite. It’s an acronym that stands for the Permaculture Institute for the Study of Communal Economic Systems. Phew, that’s a mouthful and also practically unintelligible so let’s unpack that a little bit:

First off, what is Permaculture? It’s an abbreviation for Permanent Agriculture that was developed by two Australian blokes, Bill Mollison and David Holmgren, back in the seventies. As an agricultural system, it seeks to mimic natural processes in order to grow nutritious food without damaging the soil.

Consider the difference between a healthy forest and a field of corn for example. In the forest, there are many different species of plants, animals, and fungi all living together, which ecologists refer to as biodiversity. The plant species make use of all of the available vertical space to grow, from the trees with their tall canopies, to the vines that climb trees, to the shrubs several feet off of the ground, to the ferns and creepers that cover the ground. The plants also flower and produce fruit at different times, some in the spring, some in the summer, and some in the fall. This provides pollinators, such as honeybees, a food source throughout most of the year. Squirrels and birds are also able to eat the seeds and acorns that are produced.

In a corn field on the other hand, only one species of plant is grown, which is referred to as a monoculture. Chemical pesticides and herbicides are used to kill all the other plants and animals that would otherwise live there. From an ecological perspective, it’s not very efficient either. Corn crops often require ample amounts of irrigation as well as fertilizer to produce a sufficient harvest. The corn also only captures the solar energy for the several months that it is growing in the field from a narrow band of space several feet above the soil (in the forest, sunlight filters down from the trees, to the shrubs, to the ferns and grasses below). Fields of corn are able to produce large amounts of food per area of farm land, however that food is often not very nutritious.

Permaculture seeks to replicate the first system while avoiding the negative aspects of the second system. First off, many different complimentary crops are grown together, which reduces the need for fertilizer as well as the amount of pests that will attack the crops. Crops are selected to maximize the vertical space in the field. Tall grains are used to support climbing beans and squash, and potatoes or clover are planted to cover the ground and help keep the soil humid. Many of these crops are harvested at different times throughout the year to make full use of the growing season.

In northern Togo, most of the population are subsistence farmers who grow food to feed their families and sell whatever excess they have to purchase basic supplies. The majority of farmers grow food in monocultures similar to the USA, however they have little access to irrigation or tractors. Tending these fields is very labor intensive and farmers often need to cultivate large tracts of land in order to produce enough food to feed their families. Unfortunately, monocultures impoverish the soil each year that they are cultivated. This means that fields require progressively increasing applications of chemical fertilizer to ensure the same harvest. After a certain number of years, it can become uneconomical to farm the same section of land and the field may be abandoned.

Here’s where the second word in the PISCES acronym, “Institute,” comes in to play. Permaculture techniques are often general enough that they can be used in a range of environments, from temperate gardens to tropical jungles. However, the specifics of each technique require adaptation to the particular climate and biome (plant and animal community) that they are being practiced in. By experimenting with a variety of growing techniques and plant combinations, PISCES will, through trial and error, develop a permaculture system adapted to the region. If our system proves to be successful, i.e. it is easy to implement and produces sufficient food, then we will train other farmers and assist them to incorporate permaculture techniques on their own farms. This will improve environmental conservation because permaculture farms create more natural environments, which increases biodiversity. In successful permaculture systems, more food can be grown per area of land than in monocultures because natural resources, such as the soil and sunlight, are used more efficiently. This reduces the pressure to cut down existing forests in order to create more farmland.

Finally, we get to the last bit of the acronym, “Communal Economic Systems,” which refers to markets where food and other resources are produced and consumed locally. The rapid expansion of Farmers Markets in the US is a good example of a sustainable and community-based economic system. Instead of growing food in Chile or California and shipping it thousands of miles, we can grow and consume food from within 100 miles of our homes!

While Togo’s agricultural system is more locally based, they are still dependent on foreign imports of chemical fertilizers, pesticides, and herbicides to support their monoculture practices. Without these industrial inputs, plants often become stunted because there are insufficient nutrients in the soil or they become overrun by weeds or pests. Permaculture focuses on using local resources, such as compost and manure, to reduce or eliminate the use of chemical inputs. This increases local economic autonomy by reducing reliance on foreign exports. As more resources are produced and consumed locally, the health of the community improves!

So that’s a “quick” explanation of what PISCES means. It’s a bit complicated but it really boils down to the following: PISCES seeks to discover and teach others effective ways to grow food naturally that promotes the health of the community and the environment. We will keep you updated about PISCES progress and offer more tidbits about permaculture and life in Togo along the way!

PISCES recently purchased some new tools that are popular with Organic Farmers in the USA! These tools should improve our ability to grow crops and minimize the amount of time required to till beds, sow seeds, and remove weeds.

The tools that we purchased include:

We will post photos of all of these tools in action shortly.

If we determine that these tools are effective, we will work with local welders to fabricate them in Togo.

This will support the local economy and allow subsistence farmers there to access these valuable tools.

In order to keep out roaming animals, PISCES will have to be fenced in with wooden fence posts and metal wire. We will plant a living fence, a line of spiky bushes to prevent animals from going into the fields, during the first rainy season, but this will take several years to become established.

We will add more pictures of the metal fence as well as the living fence as we make more progress. Once we have our fields protected, then the fun projects, such as tree nurseries, vegetable growing, and reforestation, can start!

At the beginning of January, PISCES finalized the purchase of five acres of land in Northern Togo!

The photos above show what a typical field can look like during the dry season in Northern Togo. Fortunately, the fields that PISCES purchased have not been completely burned and there are several large trees already there.

Michael will be traveling to Togo on March 10th to prepare the site for the upcoming rainy season, which starts in June. We will quickly gather all of the remaining organic material, such as leaves, corn stalks, and straw, and put it into a shallow hole. After adding water and some goat manure, we should be able to make some rich compost to start the soil amelioration process!